Photos of Chicks and Giggles Alumni via Mindy Tucker

Photographer Mindy Tucker covered one year in New York comedy scene. Her photos are amazing. I made a Pinterest board of just the comedians who did Chicks and Giggles.
Follow Nichelle's board Chicks and Giggles on Pinterest.
Posted by Nichelle at 8/31/2014 No comments: 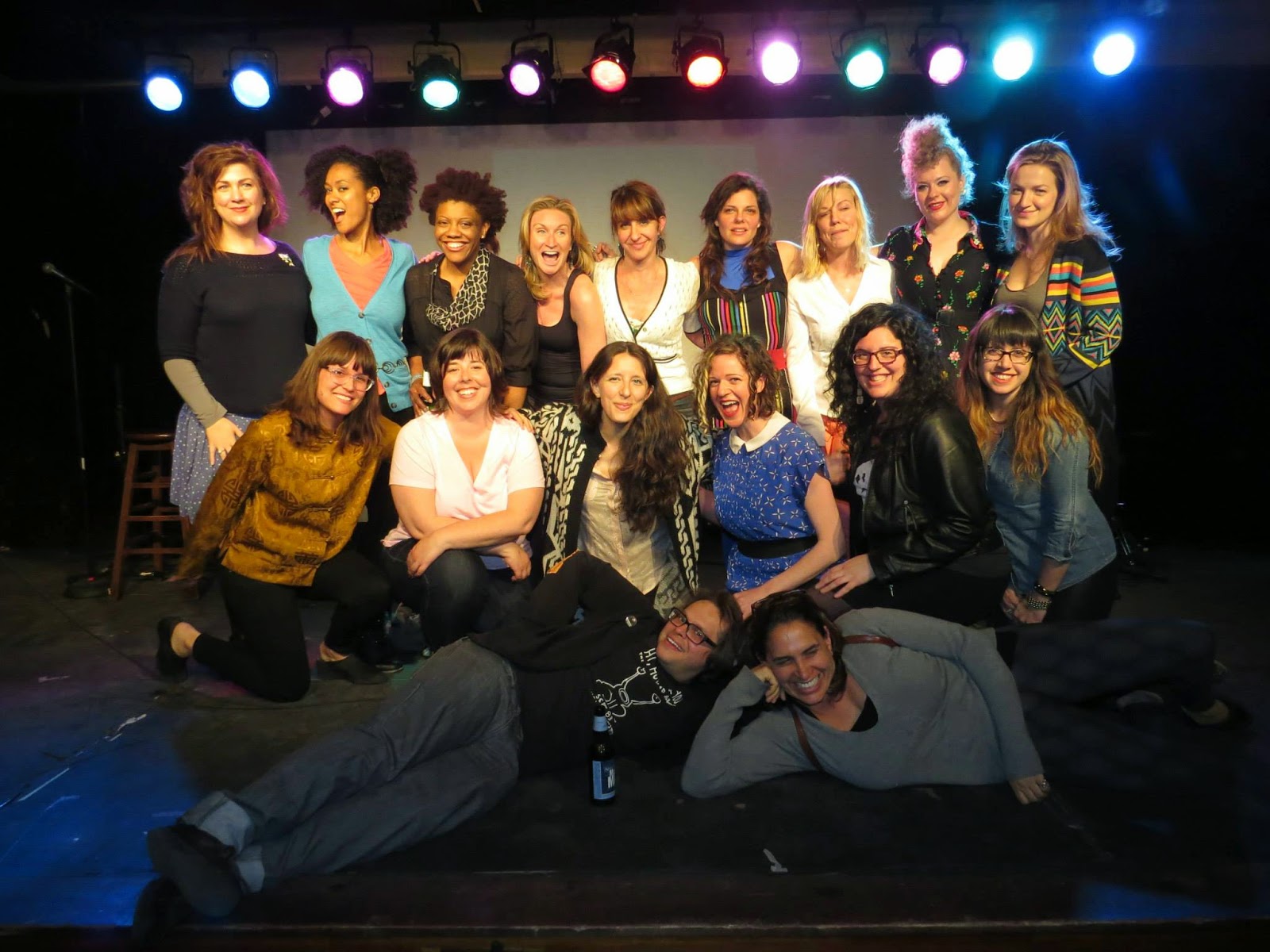 On Sunday, May 18th, Chicks and Giggles celebrated the 10th anniversary for the show's inception. It was a blast! There was stand-up comedy, storytelling, music, ventriloquist and freestyle rap. Afterward there was a memorial for Jiwon Lee who passed away last month. The memorial was sad yet cathartic. I hope that the community of Chicks and Giggles and the general comedy community will support each other.
Posted by Nichelle at 5/30/2014 No comments:

Yay! We're celebrating the tenth anniversary of Chicks and Giggles. What started as a stand-up comedy show, it is now a comedy of women who are actors, authors, comedians, musicians, storytellers and writers.

The upcoming Chicks and Giggles show has been covered in The Brooklyn Paper and The New York Times.

Chicks and Giggles ended in March 2008 after nearly four years.  Carolyn runs a monthly show, Splurge, at Happy Ending and blogs for Babble. Nichelle is co-editing Cupcakes Take The Cake and does social media for various brands.
Posted by Nichelle at 1/18/2011 No comments:

WE'VE MOVED! Please visit us at our new home, CHICKSANDGIGGLES.COM!
Posted by Carolyn at 12/29/2006 No comments:

Since our last show of 2006 is tonight, I thought I'd take a minute to relish in our accomplishments this year, including tonight's show being suggested by Gawker on its To Do List for today. 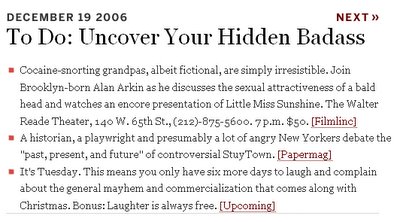 That last link is us: 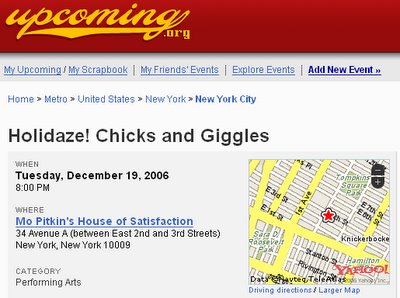 Additionally, we've had an amazing year with press in:
We also did our first two college shows at Columbia University and Roanoke College, participated in the Mamapalooza Festival and performed as a part of PS 122's series at Spiegeltent.

Check out Molly Reisner's brilliant tips for Britney and the rest of the "Oops! I Did It Again" crew: Chicks and Giggles producers Carolyn and Nichelle celebrated their birthday last week in grand fashion at the Ginger House in Chelsea near where all the improv theatres are clustered. Comedians, friends and family came out to party with us. See the full picture set here.

Mainstream Comedy: Here's How You *Summit* Up:

A friend (yes, a boy) sent me this brilliant link to Summit Comedy. Here are some actual screen shots from their site: 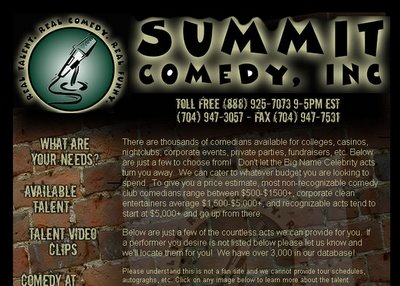 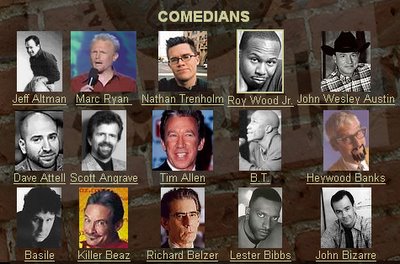 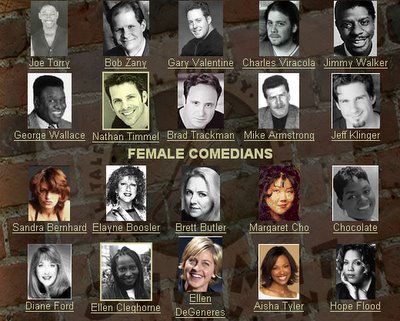 It's almost too good to be true, but it is. I only wish they'd broken down each category further:


Now, I mean no disrespect to Chocolate or any of the other babes on this roster. I just hope Summit doesn't send a lawyer or a female lawyer after me because I wouldn't want to have to appear in court before a judge or a female judge and end up in jail or women's prison.

I guess this post means I'll never be booked at "Jesters Comedy Stop" at Bullfrogs Live in Topeka or the Holiday Inn in Bluefield, West Virginia, but I'm sure they can get Tim Allen to do his one man show, "The Santa Clause 4: Horsemen of the Apocalypse."
Posted by Carolyn at 11/29/2006 5 comments: